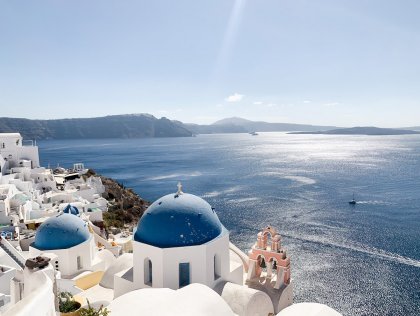 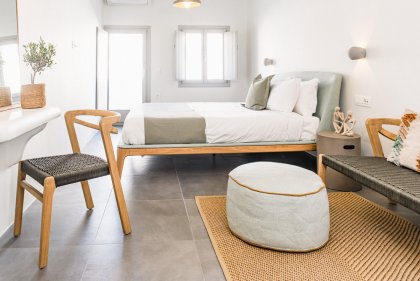 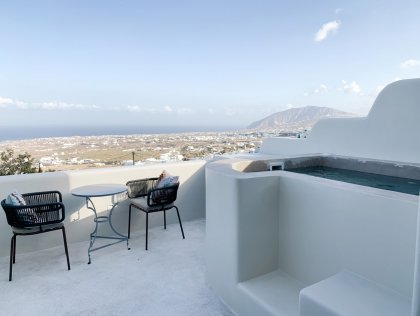 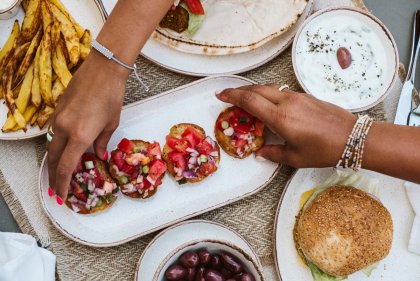 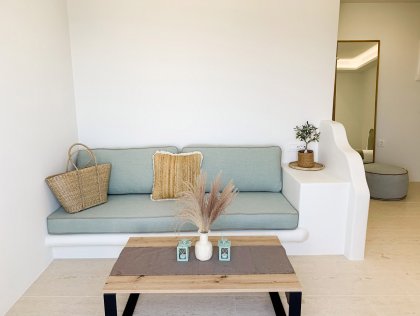 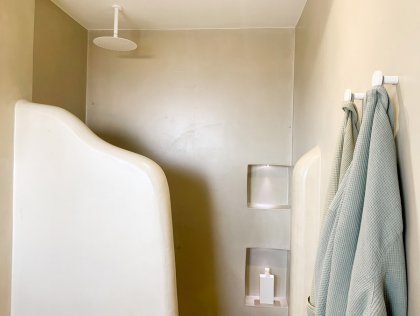 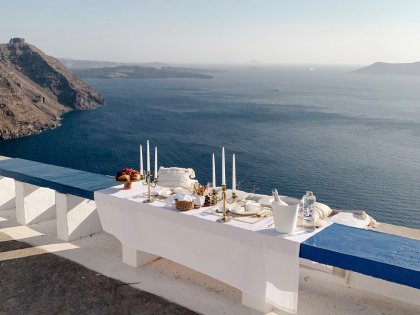 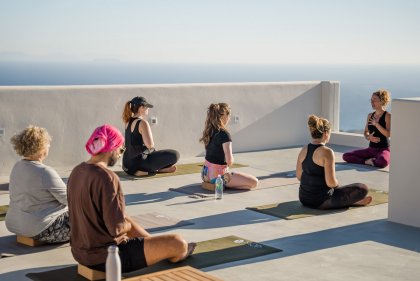 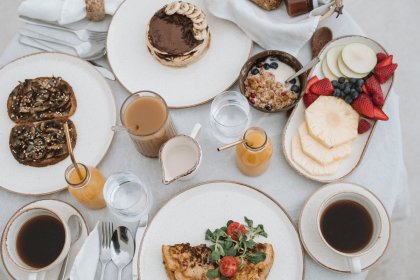 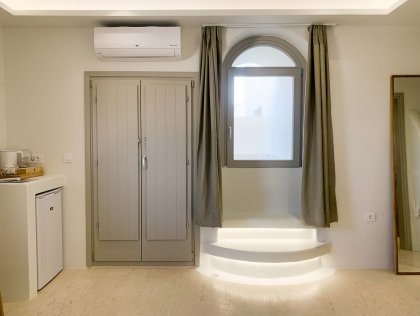 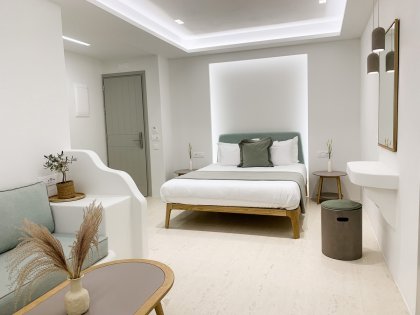 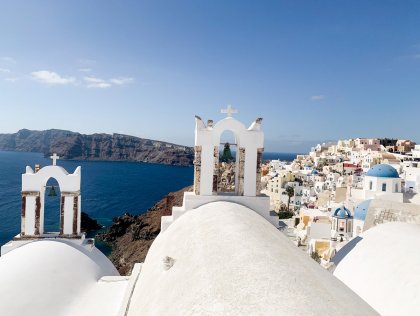 The slogan MOD denotes “Made of Dreams”.
It also has a google meaning: “boldly mix mod(ern) with trad(itional) for eye-catching results”

These both describe MOD well.

The story of MOD

Let me tell you a bit about the history of MOD and a little about us Anargyros Fousteris and Christina Boutrou.

The hotel was originally constructed in the late 70s early 80s by Anargyros’s parent’s Nikolaos and Maria Fousteris. It was one of the first hotels on the island and was originally called Faros which means lighthouse in Greek. No it is not near the lighthouse of the island but it was a tall building far back then. Of course now it’s seems like a silly name so this is why we did not keep it.

The hotel was passed onto Anargyros when his father passed away, it has been over 10 years now and since then the hotel has not been operating.

I, Christina met Anargyros while on vacation in Santorini. After moving to Santorini in 2019 we decided to tackle the hotel together and build something we would be proud to keep for generations to come.

It’s taken some years to get to where we are now and there is still a long road ahead to finish our dream.

Anargyros and I have a big vision for MOD and we are just so thrilled people are supporting us. We really do want our guests to love our concept as much as us. We are also in spirit doing it to make the generation before us proud and to continue the family tradition but to do it in our own style.

Santorini is full of luxury hotels. But we are the only vegan hotel, we are unique, we are not following the crowd, we are instead leading a path for the future generations.

MOD is currently open with 4 brand new rooms. The hotel was originally 19 rooms on three levels, we will be finished with 12 rooms creating each one more spacious.

All the rooms will be spacious and each with their own private balcony, some with a private jacuzzi on the balcony. In future we will have a pool and restaurant.

The future is bright; we hope to have guests return and see the transformation over the years, and to truly enjoy the beauty of the island without sacrificing their vegan lifestyle.

Online booking is available for this accommodation!

Or send a booking request directly to the accommodation: